White Rock Minerals Ltd (ASX: WRM, OTCQX: WRMCF) has thanked outgoing CEO and Managing Director Matt Gill for his efforts in transforming the company into a gold producer and welcomes another highly experienced mining executive in the person of Simon Finnis as executive director.

After seven years at the helm and following the completion of its portfolio transformation and the achievement of several key pillars of its growth strategy, Gill has decided to step down from the role.

He will however remain on the board as a non-executive director until the end of this month and will then fulfill an advisory role to White Rock to help Simon Finnis maintain business continuity and facilitate the transition. as his responsibilities come to an end. .

“Logical moment for the transition”

Gill and the WRM board believe the timing is logical for a leadership transition following recent first gold production from the Woods Point Gold project in Victoria, Australia.

Under Gill’s leadership, the company also acquired and expanded its silver-rich Red Mountain zinc VMS and IRGS gold project in Alaska from just 16 to 860 square kilometers, completed an exploration program that generated a new JORC resource and identified several drill targets. This asset is now ready for its next phase of growth.

Additionally, White Rock’s foundational asset – the Mt Carrington gold and silver project in northern New South Wales – is progressing in an exploration joint venture with listed Thomson Resources. at the ASX, where this asset is shaping up to be an integral part of that. the company’s star consolidation strategy.

Frame “of the highest quality”

WRM Chairman Peter Mangano said: “I have nothing but respect for Matt’s leadership during my time at White Rock. He is an executive of the highest quality who acted with integrity during his time at White Rock. The board and I wish Matt the best for the future.

Gill said: “After what has been an incredible journey over the past seven years, I believe the time has come to hand over the reins to a new Executive Director to drive this business forward into the next decade.

“I am immensely proud of all that the White Rock team has accomplished during my tenure – which has seen the company evolve from junior micro-explorer to explorer, acquirer, developer and now producer. gold star with a very exciting future with its three assets on two continents (Australia and USA).

“With White Rock’s first gold now poured at our Woods Point gold project, White Rock has a solid foundation for the next decade, with significant growth opportunities ahead of it with the Red Mountain and Mt Carrington assets. J look forward to looking forward to the growth and success of the Company in the future.

Finnis joins White Rock following his resignation as CEO and Managing Director of KGL Resources. He has over 30 years of experience in the global mining industry across a range of roles. 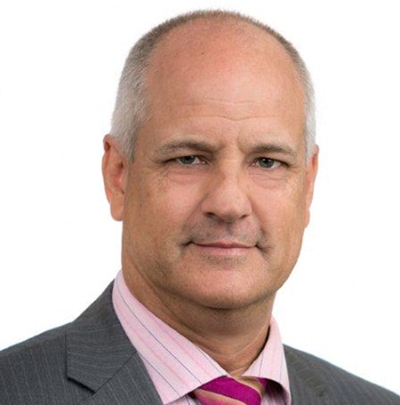 Most importantly, he was Managing Director and CEO of Metro Mining Ltd (ASX: MMI) where he oversaw the development and subsequent operation of the Bauxite Hills mine in Far North Queensland.

Finnis has held a number of management and operating positions in the mining sector in Australia and internationally, including CEO of Grande Cote Operations (Senegal, West Africa) during its development phases and operating.

Importantly, he has over 20 years of experience in practical operational roles in the mining sector and 10 years as CEO/CEO of listed mining, development and exploration companies in Australia.

Commenting on his nomination, Finnis said: “I am delighted to be joining White Rock at this time, the first gold medal is always an exciting moment and the team at Woods Point are doing a fantastic job.