PUERTO PRINCESA CITY, Palawan, Philippines — Evangeline Cabon, a member of the Batak Indigenous Peoples (IP) group, is a woman on a mission.

Walking for more than four hours every day, amid heavy rains or scorching heat, is nothing for the 46-year-old community organizer except to reach Sitio Kayasan in the village of Cabayugan, a ancestral domain within the protected area of ​​22,202 hectares inside the Puerto Princesa Underground River National Park (PPSRNP) in Puerto Princesa, one of the last green cities in the country.

Cabon is the coordinator of the PPSRNP Protected Areas Management Office (Pamo), which helps local communities through environmentally sustainable livelihood opportunities. She also oversees the practice of community-based sustainable tourism, providing advice on organic farming and other income-generating projects.

“Without the park, we are nothing. The forest gives life; he provides us with medicine and food. If the forest is destroyed, we will lose our source of income,” she said.

The national park, a major tourist attraction in Palawan, was closed from March 2020 when the pandemic was declared and the city borders were closed to prevent the spread of COVID-19.

The closure meant no revenue for the park as well as communities that depended on tourist activities.

As a result, around 81% of the park’s 5,714 residents have experienced unprecedented financial hardship, which a 2021 Pamo study considered an immediate threat as people could resort to illegal activities to support their families. 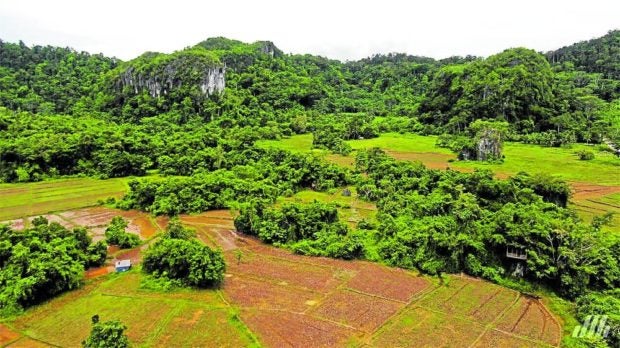 It’s no surprise that park officials discovered an alarming number of illegally cut trees during its post-Typhoon Odette (international name: Rai) inventory – another disaster that devastated tourism-dependent communities in December 2021 .

“It is very alarming. If we managed to confiscate 40 chainsaw units operating in Cabayugan alone, a protected area, how many more in the other villages? The entire forest of Puerto Princesa will be gone,” the park superintendent said. , Elizabeth Maclang.

The PPSRNP, registered as a UNESCO World Heritage Site in 1999, and elected among the New7Wonders of Nature in 2012, covers three ancestral domains in the villages of Cabayugan, Tagabinet and Marufinas. These areas are home to 90% of the Batak, Tagbanua and Palaw’an communities, the three remaining ethnic groups in the city of Puerto Princesa.

The park is also a proclaimed geological monument, a Key Biodiversity and Important Bird Area, and a Wetland of International Importance under the Ramsar Convention, with over 800 plant species and 165 species of trees. birds, some of which are endangered, rare or endemic.

But for Cabon, an artisanal weaver before becoming a community organizer in 2016, the PPSRNP is much more than the treasured titles he holds, as it represents the culture of his people and serves as a lifeline to a thriving community. 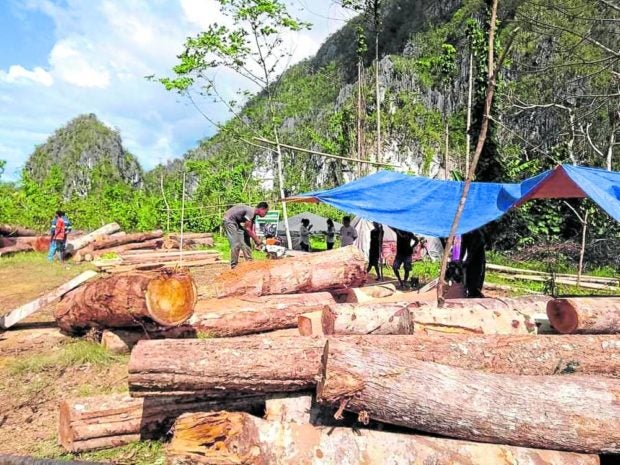 The main sources of income for indigenous communities in the park are agriculture, fishing, forestry and income-generating activities related to tourism.

For centuries, the park has provided for the needs of its inhabitants thanks to the abundance of its forest.

One of the main sources of income for the IPs consists in climbing several days in the mountain to collect resin from almaciga, or “bagtik”, an ingredient of varnish and paint, and to sell it outside the town. A bag of almaciga is sold for around P2,000, which is enough to support a family for a week.

Due to a “debt of gratitude” to the forest, IP elders called for a suspension of resin extraction last year due to over-extraction and depletion of supply.

More than 1,138 bags of almaciga resin had not been put on the market because PAs collected them without renewing their permits and beyond their quota, based on an investigation by PPSRNP officials since April 2021.

The park management team also found almacigas in poor condition, having been carved too many times to extract the resin.

Speaking on behalf of the elders, Vilma Aguilar, the town’s mandatory PA representative, said that as part of the PA’s commitment to protecting the natural biodiversity of the area, pickers were only allowed to collect five bags of resin per season. 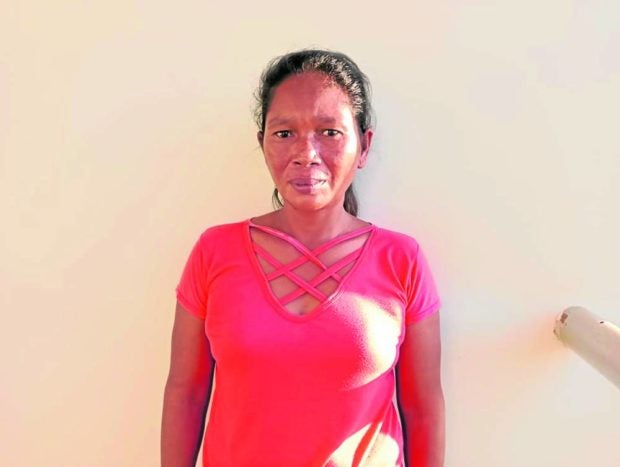 ORGANIZER | Evangeline Cabon, 46, a Batak, is a former artisan who turned to community organizing to help villagers in the Puerto Princesa Protected Area with livelihood projects. (ROMAR MIRANDA)

Aguilar said the elders warned that if resin harvesting continued unhindered it would spell the end of their livelihood.

“We have to remember that we created these policies. We [made a promise] so we also need to make sure to follow [these], because it is not only for us but also for future generations. We don’t have luxuries, like expensive jewelry or makeup, we only need the essentials. We should only get what we need,” Aguilar said.

“If there are no customers, we have no income. Now at least we are getting training and education on how to sustainably meet our needs while caring for nature,” Cabon said.

Javier Ello, 55, a farmer from Tagbanua who has worked as a ranger for six years, considers his task “critical” because members of his group are seen as the first responders to illegal activities.

The park, for decades, has been plagued by illegal activities such as “kaingin” (slash-and-burn agriculture), poaching, logging, land clearing and development, and small-scale quarrying.

Within its boundaries, 3,901 ha of the protected area has been declared a World Heritage area and 704 ha as a no-fishing zone. Human activities are prohibited in these areas to protect and preserve the key biodiversity area.

“Our business is [replete with danger]. We are first in line [in stopping] illegal human activities,” Ello said. 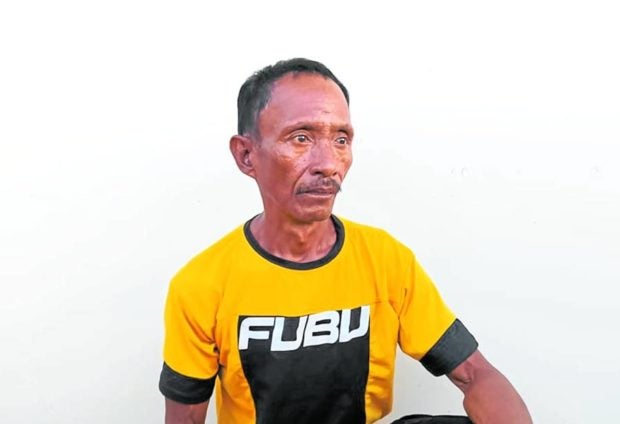 GUARDIAN | Javier Ello, 55, a Tagbanua, is both a farmer and a ranger who has been protecting Puerto Princesa’s forests from illegal activities for six years. (ROMAR MIRANDA)

For Park Superintendent Maclang, who served as PPSRNP’s chief program director for more than nine years, the task of protecting Puerto Princesa’s environmental treasure goes beyond their 8 a.m. to 5 p.m. shift.

“Our environmental advocacy journey is fueled by passion. It’s not just an office job that ends after an eight-hour shift. After solving one problem, another [crops] and these cannot be solved simply by your desire to [receive your] salary. It’s a commitment,” Maclang said.

Since 2014, PPSRNP Pamo and Pilipinas Shell Foundation Inc. (PSFI) have partnered to promote home gardening among communities to ensure local food security. The initiative has turned into an alternative livelihood for these backyard gardeners as their produce is now sourced by PSFI under their “Ani para sa Bayani” program.

While most community members depend on their vegetable gardens to survive, the park’s own agro-forestry nursery has donated vegetables for household consumption and to support food production.

“Besides skills and passion, you have to have courage even if you face death threats. There were a lot of illegal activities that we had to dismantle. Little by little, we gained the trust of the locals [and this] finally helped us,” Maclang said.

In the years to come, Maclang and the 117 park employees hope that local families will have sustainable livelihoods to preserve the local environment.

“We hope to see a future where there is no more poaching… We want at least 90% of residents to have a sense of community – [a situation where] we develop and protect our natural resources while [earning]“said Maclang.

(This story is produced with support from Internews’ Earth Journalism Network.)

P 1.2-B of giant clam shells seized in Palawan; 4 caught